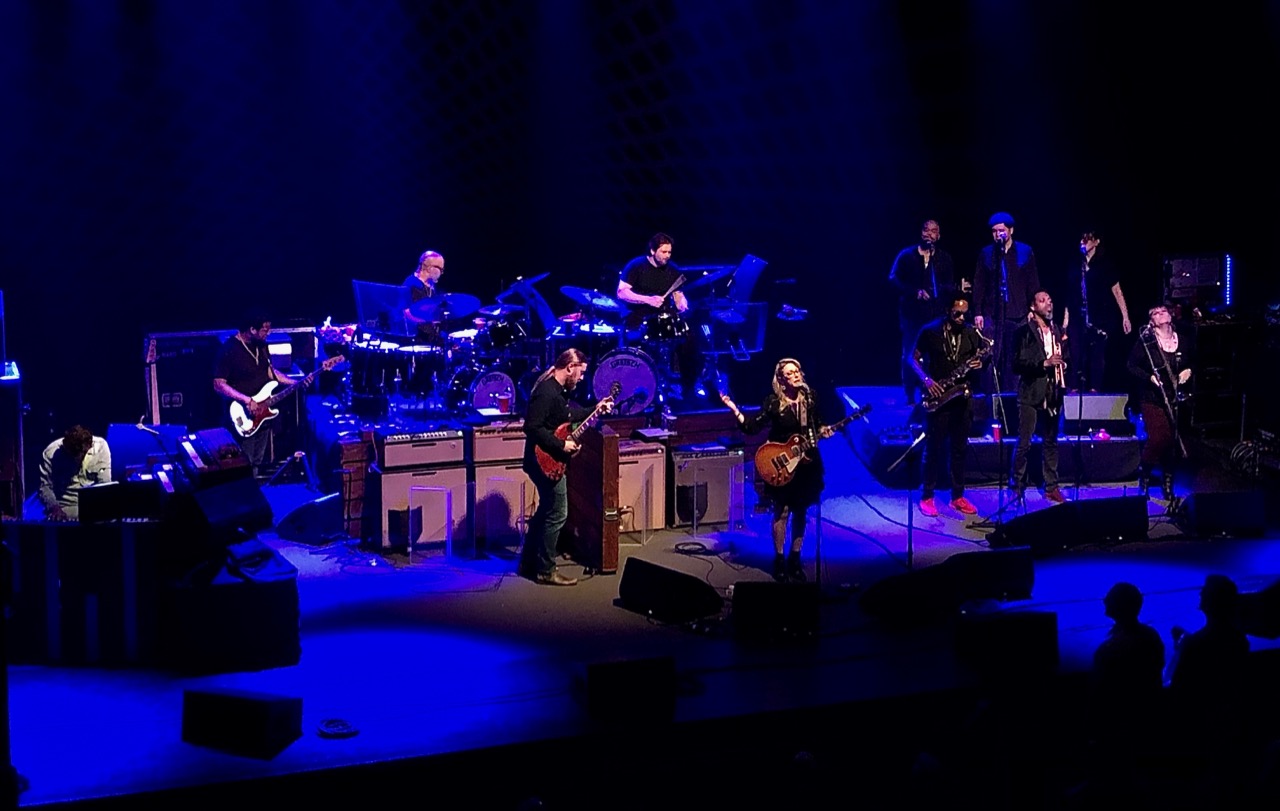 PS: added morning after Saturday show: Sound on 2/15 show is stellar having listened to it twice. Excellent recording. I hope by the time this addendum appears you will not need to take it on faith because the 2/16 show I also attended will be up for all to enjoy. It started on the upward trajectory where Friday ended and went up from there. Susan was clearly distraught but carried on like the trouper she is and was supported and covered by her bandmates. Beautiful to witness. Derek was at another level. Always risky to say this crew will not keep getting better and topping themselves, but it is hard to imagine them ever doing a better show than Saturday. "That" was a celebration of their brother's life...no greater tribute.
Reviewer: uncledogs - favoritefavoritefavoritefavoritefavorite - February 17, 2019
Subject: A great tribute to Kofi R.I.P.
Thank you for uploading this unique show so quickly.

Has somebody has already said, the band understandably started off somewhat subdued but slowly got going and treated us to the new album. A unique show.

Fabulous capture by Alex, as always.

They start by playing it the new record all the way through. I’m sure that was planned but it’s all the more poignant knowing of Kofi’s loss.
The latter part of the set includes three songs that I feel like were a real nod to him: Bound for Glory (I can't help making the connection to Susan's references at the end of Space Captain)—dig Alecia wailing about 2/3 through the song, Midnight in Harlem (a truly perfect song), and then the gospel-y Space Captain--with Susan referencing Kofi several times (and wiping away tears on the YouTube clip about 1/2-way through)

One thing I’ve always been struck by with the entire Allman family of bands is how they PLAY THROUGH their grief. It started when they played at Duane’s funeral, then went out on the road as a 5 piece band. Warren & Matt went out in the Smile at Half Mast Tour.

This show is somewhat different than those efforts--more “show must go on” mentality which is the business they’re in. But still...they coulda just mailed it in, but instead played a great, meaningful show.